Drawing on the long-standing expertise, as well as applying the most advanced technologies, the Group of companies Mosproekt-3 team implements the projects of any complexity effectively. We have won the trust of the state customers and private investors, who can entirely rely on us and have complete confidence of the efficient outcome. Our team involves upscale engineers, the acknowledged technical elite of the country, who are whenever challenged with the most ambitious objectives, are always there to succeed.

The Group of companies
Mosproekt-3 CEO 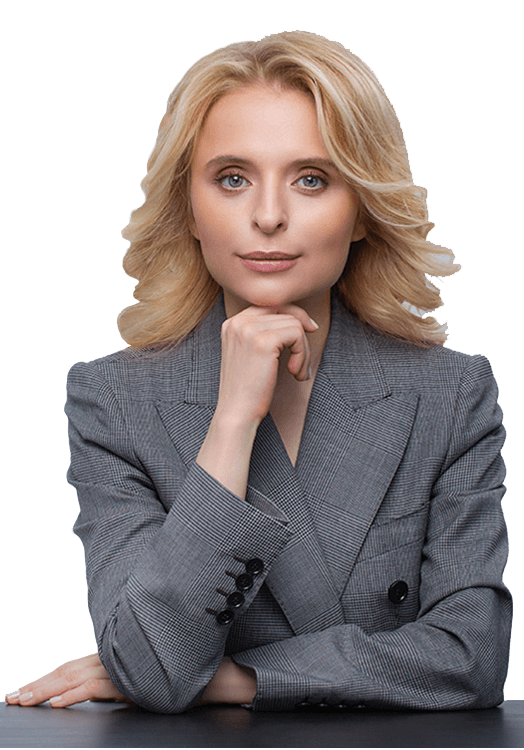 Anna Merkulova, a hereditary engineer, an expert in the sphere of transport construction, has authored over a hundred projects of complex engineering structures in Moscow area. She was closely involved in the implementation of the first Russian public-private partnership projects in the sphere of road construction and “Big Moscow” core urban construction programs.

In 2014 Anna Merkulova managed to consolidate the oldest Moscow Design Institutes – Mosproekt-3, Mospromproekt and MNIITEP into the largest engineering centre in Russia. In the shortest time she was able to restore The Group of сompanies out of commercially unfeasible condition, to update the team competencies, to diversify the Holding’s services smoothly and increasingly accumulate new projects in The Group of сompanies. Contributing intensely to Russia’s Digital Economy National program, Anna Merkulova consistently installs BIM-technologies into the Group of сompanies’ performance, in addition, well establishes correspondent regulations and technical standards.

Anna Merkulova, born on July 21, 1982, in the family of military and mining engineers, in 2004 received a degree with honours from Moscow State University of Civil Engineering.

PROFESSIONAL EXPERIENCE BEFORE THE GROUP OF COMPANIES MOSPROEKT-3

Anna Merkulova started her career in 2004 in the international construction group of companies that specialized in the design and engineering of complex transport facilities, where she successfully built up her career from being an engineer and, ultimately, the vice president of the company. Having introduced a supplementary direction on complex design and engineering of motorways and transport interchanges, Anna brought the Group of companies onto new markets.

Within that period, she was also closely engaged in the implementation of the public-private partnership projects – Odintsovo Northern Bypass, Moscow-St. Petersburg Toll Road and Central Ring Road. Anna authored the first projects on the programs of reconstruction of Moscow outbound routes and Moscow Ring Road stack interchanges. While the new main terminal of Vnukovo Airport was being constructed, Anna was able to provide it with a range of unique engineering solutions, as well as to integrate its station square into the transport system of Moscow agglomeration.

PROFESSIONAL ACHIEVEMENTS IN THE GROUP OF COMPANIES «MOSPROEKT-3»

In 2012, Moscow senior officials offered Anna to head the State Unitary Enterprise “The Institute of Design and Engineering of Residential and Public Buildings, Landscaping and Urban Design Mosproekt-3”. In 2014, Anna immaculately performed the task of Moscow Complex for Construction and Urban Development, having effectively integrated separate Institutes of Design and Engineering into the unified Group of Companies under the brand Mosproekt-3. Anna created an ambitious team of engineers to implement large-scale urban projects on megapolis decentralization, rapid development of Moscow agglomeration transport system and balanced territorial development in new urban growth areas.

The companies withing the Group got their unique specializations:

With high efficiency Anna developed and launched a number of training courses, including her own training program for senior management in infrastructure construction area in Skolkovo Business School. Being global trend-conscious, Anna is establishing the methods of information modelling intensively into the work of Mosproekt-3. The world’s largest software developer, Autodesk, has repeatedly acknowledged The Group of companies as the BIM-leader of Russia. The Group of companies participates as a member of the interdepartmental working group on the introduction of information modelling technology within the implementation of the construction projects in Moscow. Expert opinions are likely to be applied as the basis for further Regulations and Technical Standards of BIM-technology implementation throughout the country. Thus, under the leadership of Anna Merkulova, the first project of Metro in Russia has been developed by means of BIM-technology.

“Transformation of the construction industry in Russia: BIM for transportation infrastructure” report at BIM World Munich 2021

On the Way to Success of Moscow Roads

Report of Merkulova A.D. within the framework of the expert session at MUF 2021. INFRASTRUCTURE CONSTRUCTION IN RUSSIA. UNIQUE ENGINEERING SOLUTION 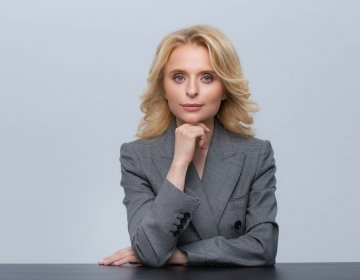 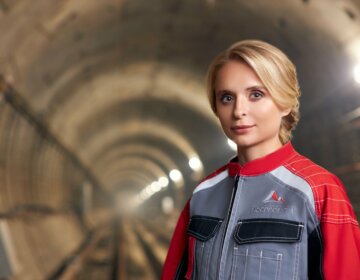 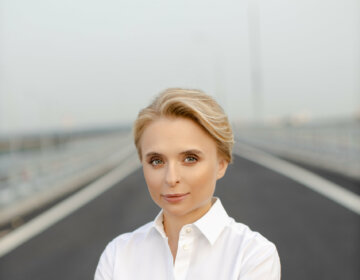 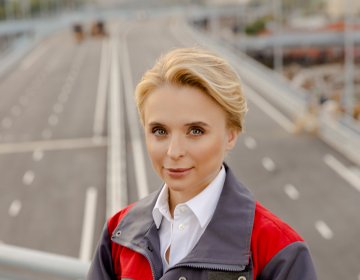 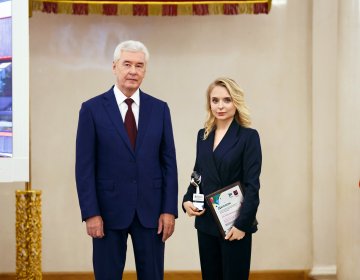 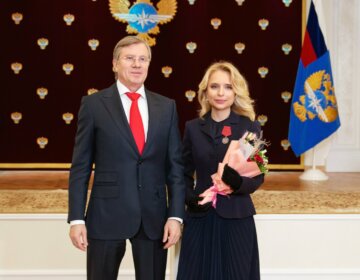 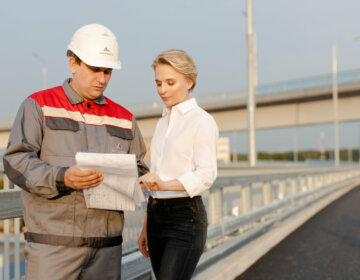 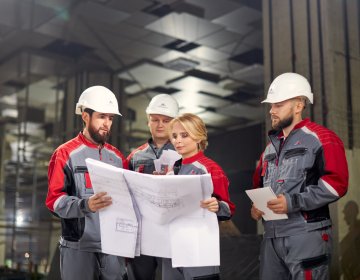